In September 2017, Hurricane Maria devastated the Caribbean island of Puerto Rico, plunging its residents into a devastating humanitarian crisis.

Nearly the entire population – 3.4 million people – were without electricity for weeks and had only limited access to food and fresh water. The main issue stemmed from damage to Puerto Rico’s telecommunications infrastructure. Nearly half of the island’s residents relied on Electronic Benefit Transfer (EBT), credit, and debit cards to purchase their food and water, but with vendors’ Point of Sale (POS) systems offline and no access to cash, the problem wasn’t a lack of resources. It was a matter of connectivity. 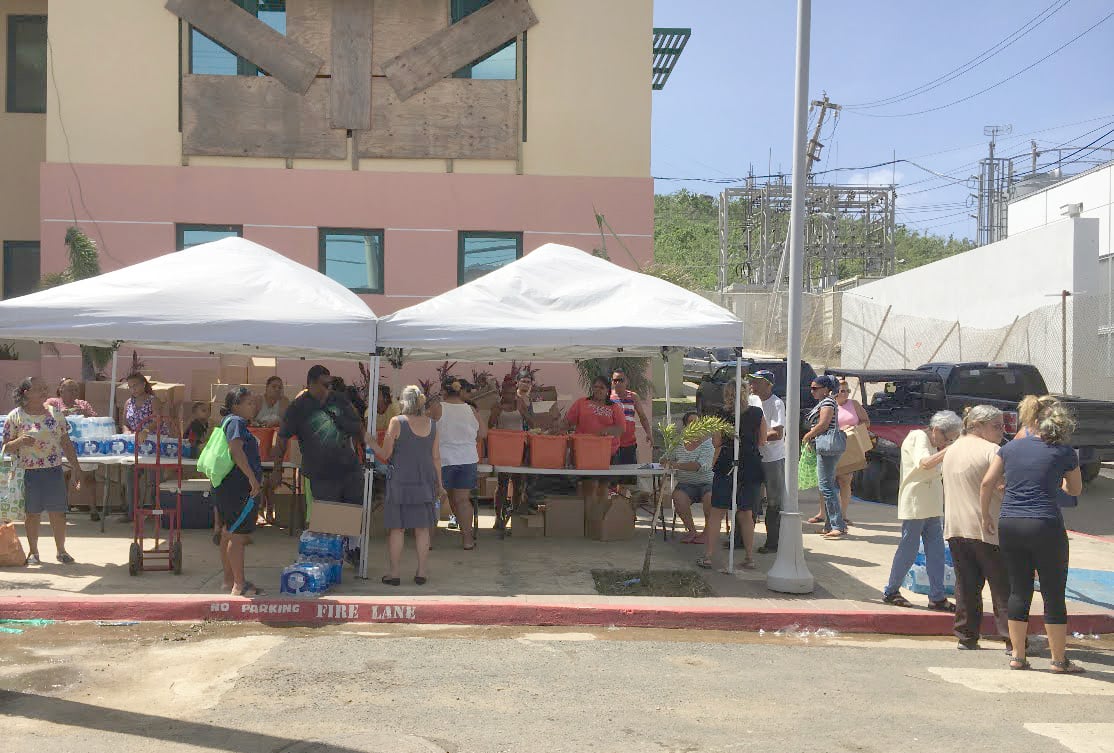 Steve Hailey, our Public Safety Business Development Director, knows the catastrophe well. He was deployed to Puerto Rico following the devastation, to support relief efforts with his vast experience introducing and integrating reliable technologies for disaster and emergency response. Throughout the past 25 years, Steve has been on-site to assist at more than 100 domestic and international disasters. His experience in the field is one of a kind. 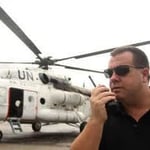 Here’s Steve’s First-Hand Account of His Weeks in Puerto Rico Following Hurricane Maria, and How Satellite Technology Played an Integral Role in the Disaster Response

I was working for Primus Electronics at the time Hurricane Maria hit. We were monitoring stories in the media and knew the island’s infrastructure was going down. Information coming in and out of the region was very limited and very slow. We wanted to help however we could, so we quickly assembled a team and traveled to Puerto Rico.

Upon our arrival, we got straight to work repairing VSAT terminals for the Red Cross, ensuring connectivity to coordinate support missions. Soon after, we met with the Federal Emergency Management Agency (FEMA) at their Disaster Field Office (DFO). Working alongside their Emergency Support Function for communications—better known as ESF #2—we helped restore satellite and telecommunications infrastructure of partners and government agencies across the island.

We travelled full-time during the first week, providing emergency communications to local communities via access to the internet and phone calls to loved ones. Our goal was to bring our expertise and resources to Puerto Rico to support and enable their response efforts.

I met both familiar and new faces. We all came from different places but had one common interest – helping people through the use of technology. We even rented a property on the island, called it the “team house” and used it as a base for daily meetings to discuss key initiatives.”

As the days passed, I got to know the Chief Information Officer for the Government of Puerto Rico, Luis Arocho. He was in charge of the government’s Telecommunications and Technology disaster response and was keen to rebuild the economy, utilizing our connectivity systems.

With many smaller outlying islands and towns cut off from mainland Puerto Rico, we knew food and water were critical issues. Helicopters executed daily food and aid drops to multiple locations, ensuring people had access to essential supplies, but we needed a more sustainable solution. Running a fleet of helicopters was an expensive operation, especially with the longer-term economic impact of the hurricane.

However, on the ground we saw that many local food stores and markets were actually fully stocked and running off generator power. They had more than enough food and water to go around – not only could they feed their own people, but they could put their markets back in business!

Except for one crucial aspect: connectivity. Due to the island’s compromised infrastructure, systems were down and residents who relied on EBT, credit, or debit cards had no way to make purchases. 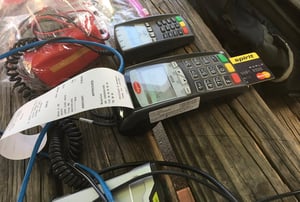 I realized that satellite could be the solution to this problem. A Point of Sale system uses minimal bandwidth, and the satellite terminal I was carrying could definitely handle a credit card transaction. If we could get the credit card machines to work with a satellite terminal, then we could bring the stores and markets back online.

“I like the idea, let’s try it!” said Luis. Right then and there, we decided to put my theory to the test.

That afternoon, swiping my credit card, I made multiple small transactions over the satellite solution. One dollar. Two dollars. Three dollars. It worked!

It was now time to connect the local POS systems, returning purchasing power to the residents impacted. We called it “The EBT Project.”

A team of us met at a local airport and flew to a small nearby island heavily affected by the hurricane. We set up the satellite terminal at the local market, and people began making essential purchases immediately.

With the quick distribution of satellite terminals, we brought the expensive helicopter food and aid drops to a complete halt. This helped re-energize the economy and ensured that small businesses could continue to pay their employees – a huge relief to many. This continued for several months, until the permanent cellular infrastructure was back up and running.

Within the first three months of implementing the satellite solution, over 40,000 EBT/credit card transactions were made. Who would have thought a small satellite terminal and a credit card machine could help so many people so quickly?” 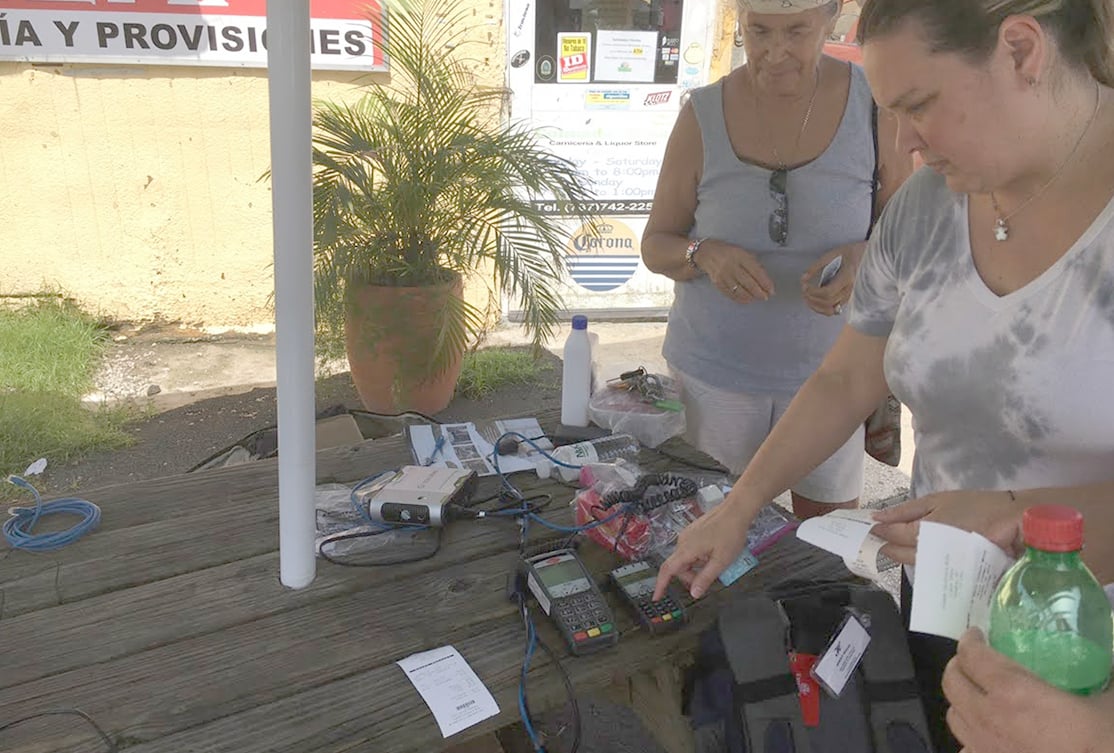 By providing a vital link to assist in rebuilding Puerto Rico's economy after the hurricane, Steve and his peers were integral to helping the community get back on its feet. He was later awarded the 2017 Humanitarian award by Mission Critical Magazine in recognition of his efforts.

When it comes to communications, satellite connectivity offers an alternative path to terrestrial networks, making it an essential part of emergency preparedness and relief. Today, we leverage Steve’s expertise and on-the-ground emergency experience in emergency response – supporting those both affected and providing relief when disaster strikes.