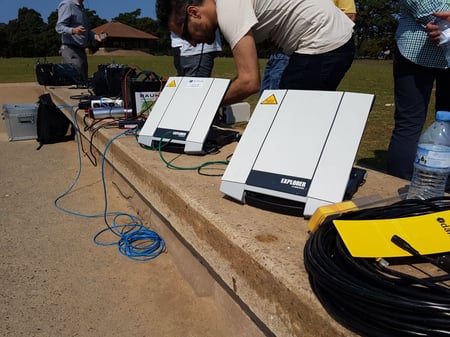 The refugee crisis is reaching beyond politics, protests and opinions to a global urgency reflecting the life and death choices these groups are facing in South Sudan, Syria and Turkey. In October, a Major Australian Broadcaster launched one of the most ambitious live television events where audiences followed live broadcasters in a Sydney Australia “Nerve Centre” studio, pre-recorded documentary clips and live-crosses to remote field-teams on-the-ground in active conflict zones.

The front-line teams were crucial in this broadcast providing a live snapshot into the realities of life in disputed territories, at border crossings and inside refugee camps. With teams spread out across global locations and multiple episodes planned, the network not only needed dedicated connectivity but connectivity within budgetary constraints. Being able to repeatedly take viewers back and forth from live teams on the ground to in-studio anchor persons with interspersed video clips was challenging on its own; add to it the need for reliable transmissions from remote locations that started on cue, it is easy to understand the connectivity/communication challenges facing each member of the engineering/broadcast teams. 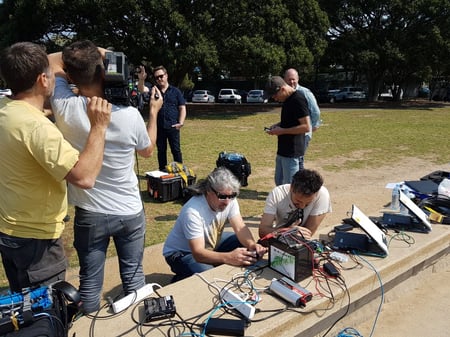 Prior to deployment, production teams received extensive training from NI staff at locations around the world. The training not only covered the basic operation of the BGAN terminals but covered multiple layers of contingency and work-arounds in the event of hardware failure, pointing difficulties, equipment confiscation and emergency evacuation. Teams were deployed in the weeks leading up to the broadcast dates and spent their time filing promotional footage, interviews with refugees, and compiling HD stock video footage. This was all sent back to the network’s master control via Inmarsat’s background IP service using the BGAN+ plan allowing users to manage their airtime efficiently and budget accordingly prior to airing dates. 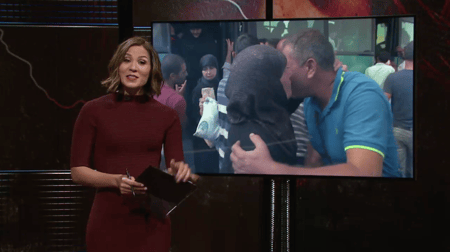 Inmarsat’s reliable network worked perfectly for all three broadcasts. Traffic from the terminals was sent through Inmarsat’s satellite network and routed through NI’s terrestrial infrastructure in New York where packets were processed by the bonding server before being backhauled to Australia.

The BGAN Cobham Explorer 710 terminals small, light weight design and portability as well as high throughput speeds proved to be essential to the field teams. Quick and easy “plug-and-play” bonding made it easy for production crews to set-up quickly in sometimes difficult terrain. Taking advantage of Inmarsat’s reliable, global satellite network, Network Innovations once again enabled user to Succeed. Anywhere. even to a live nationwide audience. With this innovative and ambitious program, the door is now open for broadcast networks to expand on the powerful combination of studio, pre-recorded, and live-remote transmissions for powerful, engaging news reporting.

I’ve been reporting to warzones for more than 40 years. It amazes me that we are crossing live to these places... from a satellite rig the size of your children’s school back pack.

Monitor and Control your Remote Assets.

Online scams are getting very creative with recent hackers impersonating an executive within the...